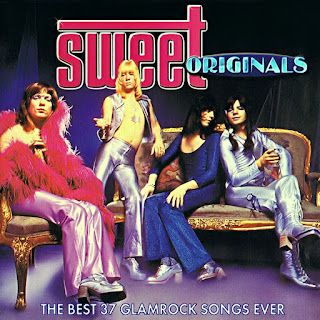 Happy New Year
I hope 2016 will be a good year for readers. I’m hoping it will be a better year for me since last year was, in some respects, non-existent for me as a TGirl.

I also hope you had a good Christmas and that Santa brought you everything you wanted: some nice jewellery, perhaps, or perfume, or a new dress. I like presents like that. I mainly got chocolates but, hey, they always go down well!

I'm back to working on some shopping and fashion items this week, although I confess that the fashion in question is not at all my style - wide trousers and flat tops. I guess some women buy it.

Health
In respect of my health, this new regime of creams and soap substitutes for my skin seems to be having some effect. In a month’s time I will be having some tests to see if they can identify what has brought this problem on but if all goes well I hope to be back out in the spring. It will have been two years by then.

Weight
Now last year I got very excited about losing weight and in January I lost nine pounds (4kg). That was it. Nothing further happened for the rest of the year and I started this New Year more or less back where I had been a year ago. But since New Year’s Day I have lost 5 pounds (2 kg), so that’s going in the right direction again.

Gender neutral and gender change policies
I am thinking about various ideas being kicked around in government such as passports with no M/F indicator or simply filling in a form to declare preference. Some would like this, many people would not. Melanie MacDonagh’s article this week in Tuesday’s Evening Standard on this subject, though strongly against the idea (and fairly ignorant of transgender problems), does make we wonder about what the best approach to these things might be. At present, most of these matters are dealt with by enraged rhetoric on all sides. I would like to see some careful, considered discussion and, ideally, as I have mentioned before, some worthwhile evidence on what creates this whole variance in gender in the first place. At the moment we are all thrashing about in the dark.

Sue x
Posted by Sue Richmond at 10:47 No comments: