Still need to see my girlfriends

My doctor sent me to have a blood test the other day. Given that I look like a werewolf at the moment, it seemed appropriate that the phlebotomist should introduce herself as "Hi, I'm the vampire". Appropriate, but hardly reassuring! 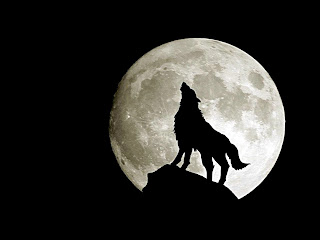 As mentioned in other posts recently, I've made so many friends in this trans world of ours that I cannot just lose them through neglect. In ones and twos I'm beginning to catch up with them. Real friends are real friends no matter what one wears.

So recently, although in boy mode, I have still had the pleasure of meeting Rachel Bull and Pippa Bunce in Covent Garden for lunch. Pippa's gone all mumsy and had floral dress and sensible shoes - not the perpetual party girl look. But this is because she tells me that she can go to work in a city bank presenting how she likes, boy or girl as she fancies, under their strong diversity initiative. I find this hard to believe from the aggressive macho world of international finance, but she insists it's true. I hope to update you on this incredible development in due course.

Last weekend I met up with the Brick Lane girls, Linda, Helen and Rachel Cole, and Stevie who was also being a boy. After a drink at our old watering hole, Verge, we took a cab to our favourite party restaurant, Sarastro's, for a hearty lunch. I'm pretty sure the girls enjoyed it.

And yesterday I met Rachel B again for lunch and then a shopping trip to Camden markets and the massive Westfield shopping centre in Shepherd's Bush which, surprisingly, I haven't been to before. It was lovely to be wandering in the boutiques and women's departments again. I think I may be getting my mojo back. Let's see what the doctor suggests, but I really cannot bear to be left out of female life much longer. I have booked for this year's Sparkle and will do as much of that as can be managed without damaging my face but maybe I could also try getting out once a month as Sue. It's too agonising seeing women going about their business and feeling so left out. I definitely cannot pull off the Conchita Wurst look - I'd probably end up looking like Red Riding Hood's granny! As well as being self-conscious.

Thanks to all my friends for meeting me in my werewolf transformation. I hope to see more and more girls again over the summer. Howwwlll!!!

Sue x
Posted by Sue Richmond at 11:54 No comments:

Why Palmyra matters to trans people

My friend Petra - aptly named - has alerted me to the current situation in Syria.

Huh? What the hell has some ruined city in the desert got to do with being a trans person?

Background: Palmyra grew from being just an oasis for camel caravans to being a major trading city near the borders of the Roman and Parthian/Persian Empires and eventually, under the influence of the formidable lady, Zenobia, effectively broke away from the Roman Empire and formed a vast realm of its own in the Eastern Med and Near East in the late 3rd Century. The Romans - their state in real peril at this time for many reasons - managed to bring them back and resecure the Eastern Frontier, but it was a near thing. It is now threatened with destruction by Islamic State.


The city matters to humanity not only because it is arguably the greatest archaeological site on earth but because it represents a remarkable fusion of Eastern and Western cultures, and Semitic and Caucasian peoples. The cultural richness of this whole area is very remarkable. Something for everyone, as it were. A symbol of cultures and peoples working together, almost.

And as any symbol it is, of course, in danger of being torn down when some group regards its symbolism as opposing its own ends.

The Islamic State (IS, or ISIS) currently on the rampage in postwar Iraq and civil-war torn Syria has, in fact, little directly to do with the Islamic religion. It is, as these things so often are, a bunch of psychopaths who are using established institutions and a local traditional mindset to gain power. The main local religion happens to be the vehicle to power in this case but if you look at any seizure of power throughout history, it’s got little to do with the claimed aims; those are just to twist public thinking into legitimising the usurpation and the thuggery that often precedes it.

I often work 50-60 hours a week (and, yes, I am beginning to ask myself why) so I haven’t yet had time to tackle all the subjects that concern me about leading a trans life, particularly bullying at work, the election, religious influence, etc., but in essence I want to sum up all such topics by saying, in the briefest terms, that psychopaths exist in all walks of life, making our lives miserable: the local burglar, the school bully, the egotistical politician, the insistent tax inspector, the local yob, the controlling partner… (If you equate the word psychopath with serial killer then feel free to replace it with sociopath.) There aren’t many of them (their numbers are estimated at around one in every hundred people) but all they do is hurt; that’s what they exist for and enjoy doing. They were born that way and it’s considered that they are therefore ‘incurable’. Most people fight them, some just submit, but others are given the feeling that brutality is the way to get on in life and they turn nasty as a result. The subject is more complex than this, but I don’t have space in this one post to go into it fully.

To get back to Palymra. IS and similar ‘Islamic’ groups, Al-Quaeda, the so-called Boko Haram, Islamic Jihad and all the rest of them haven’t actually got much to do with Islam. I seem to be one of the few Westerners who has read the Koran, the overarching premise of which is that everyone in the world should be a Muslim. The message is fairly much that, put in various ways, both straightforward and poetic. So Islam is one of the vehicles made for a different end which the naturally violent and cruel can hijack to go on the rampage with the excuse that they are bringing enlightenment to the world, and who but a pervert could argue that enlightenment isn’t a good thing?

Take a silly example of this behaviour, but one that we’re all familiar with so it’s easier to illustrate: James Bond, a fictitious spy, is a classic psychopath. Utterly confident in himself, he takes risks, he likes killing people and he seduces women a lot. How better to legitimise his evil life than to get a license to kill from his government. That way he can do what he enjoys most - have adventures, kill people and shag women with no penalties for him, which there would be if he indulged the same lifestyle without the blessing of Her Majesty’s government. So it is, basically, with all such people, like Jihadi John who enjoys beheading people. If he’d been a Roman gladiator (pre-Islam), he’d have had the same fun, but using a different excuse; or a concentration camp guard; or a guillotine operator in Revolutionary France; or one of the Great Khan’s horsemen in Persia enjoying an orgy of extermination.

Palmyra matters to trans people because it was once a place where being trans was not really a problem, ancient Syria having been rich in such gender diversity at one time (and even, to an extent, now). The Roman emperor Elagabalus, for example, was also a Syrian priest and a transvestite. They didn’t like him, but he illustrates the cultural expectations of ancient Syria. Being trans in Syria will be a problem now. Indeed, once you get a psycho running your culture/religion/nation/etc. then you can usually say goodbye to diversity, tolerance, acceptance and any kind of live-and-let-live attitude. As an aspirational woman, I don’t like the way women are treated in many nations where Islam is predominant (again, it’s not actually the religion that particularly oppresses women but other local cultural factors). I certainly wouldn’t submit to that sort of repression.

So all the time, from locking our doors and cars against thieves to dealing with a bullying boss, we expend our energies in keeping predatory psychopaths from our lives. IS is one of the latest; it won’t be the last. If you want the liberty to be openly trans you have little choice but to fight those who want to destroy that liberty, whether they are religious extremists or political bigots or just nasty controlling types, even those that the trans community itself is prey to from its own ranks.

As far as the military situation goes, NATO won’t be letting IS anywhere near the main oilfields, of course, and the area can largely be isolated till IS end up killing each other, a bit like Yemen is currently contained. (It’s not as simple as just political or religious differences, of course; a major population explosion this last half-century coupled with strains on limited water resources, huge economic divergence between traditional life and the riches and power of oil and gas, and so forth, all play a role in the situation.) But to my mind wrecking a symbol like Palmyra simply shows me that evil never sleeps. To be honest, I’m tired. I try to be positive but I’m unwell in a way that’s wrecked my trans life for the time being, I’m reflecting on the brutish experiences of the past, of which I’ve mentioned my school, and I am now looking probably to have to chastise the UN and my government for failing to hold back the psycho tide in Syria and for allowing the probable destruction of the ultimate symbol of multicultural fusion. If you want a life as an unmolested trans person and value diversity, you really have to take note of Palmyra’s fate and vow that your right to display your true trans nature is not oppressed by evildoers and one-size-fits-all control freaks. Watch out for people like this, and their supporters.

Out with the old

It’s been a few weeks, little blog. Sorry about that.

In this period of exile I’m gradually going through old items of clothing and keeping what I know works for me. The less successful items - and I think every TGirl’s closet is full of such things - are being thrown out or given to charity shops.

It’s in our early days in particular that we buy stuff that cannot possibly work! Too small, too large, wrong shape, wrong style, ridiculous on us … the list of mistakes seems endless. I think we’ve all been there.

But it’s also those items that have worn out or become unfashionable that are going (avocado tights! - what were people thinking?) I’m sad about some shoes and boots that have to go because they’re worn out or broken as they bring back fond memories. I’m only keeping one old pair that’s bust, just as a memento of my first shoe purchase after I vowed to stop purging, nearly 20 years ago. Here’s a pair I loved, but the strap’s broken. Farewell, my lovelies, and thanks for the emotional lift you gave as well as the physical one. 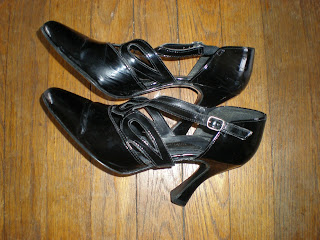