I’m very pleased to hear that several transgender candidates have been voted into office in the USA, notably Danica Roem in elections to the Virginia state legislature. What’s especially appealing here is that she ousted Bob Marshall, the incumbent and self-styled “chief homophobe” whose obsession with oppressing trans and gay people makes one wonder about his mentality. But then I have that kind of obsessive in my own family.

Also good news from Australia where a public vote has shown over 61% support for same-sex marriage. I’m delighted for gay Australians who might want to marry and gain the same legal rights as straight couples. Improvements in trans rights tend to follow on behind gay rights.

Now, I know I am not a US or Australian citizen so you could say that these things are none of my business. However, as we approach Transgender Day of Remembrance, a memorial to all trans people who have been murdered or who have killed themselves around the world, it’s hardly possible not to feel affinity with trans people in countries other than our own.

This week has seen especially vile articles in the British press attacking trans children and organisations that support them or try to understand them, another easy target for the bullies who dominate the badly regulated print media industry. The British print press is probably the worst in the world (unlike broadcast media). The government, on the other hand, seems to be taking a positive view of improved trans rights. That sounds good… but regrettably, this government is quite possibly the most dictatorial, destructive and nasty since Cromwell’s, over 350 years ago, and I feel uncomfortable with any improved rights for trans people being associated with measures being enacted at the very same time to reduce human rights, employment rights, parliamentary scrutiny and other frightening developments.

Being trans and out is difficult and scary. Thankfully many members of the public are supportive. But our enemies are cruel and unscrupulous. What a horrible era that’s erupted all of a sudden, so let’s be glad of any successes. 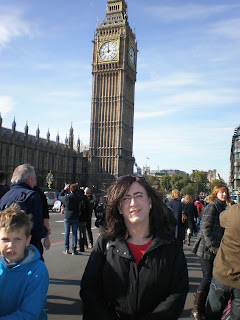