Right in the end

Death has not been a welcome subject for discussion in Western society for some time now but the fact is, Mortals, one day you will die (insert creepy laughter) so you may want to make provision for it. Not just by writing a will but also by making arrangements for your funeral, and even your prior medical care, especially if your being trans might be a source of contention.

Years ago I used to work in the central government ministries in London and the best job I had there was liaising with the funeral industry. I also dealt with unborn babies at the same time. Both ends of life in one handy job package. I think it was the best job for two reasons: firstly, the unborn and the dead don't write in to complain about national policy and regulations; and, secondly, because the funeral industry has (inevitably?) a dark sense of humour that comes out in sly ways. I used to enjoy the trade magazines with their special offers ("body bags: buy ten, get one free" - presumably so you can get the whole soccer team to the morgue), and I appreciated the complimentary tickets to the Hearse of the Year Show. (Foreign readers: in Britain, the copycat Horse of the Year Show is a major equestrian event.)

So death is always on my mind... Not really, but I just wanted to point out that (a) we all should make provision for our deaths and what happens later, rather than leaving it to someone else after the event since they may do things they want, not what we want; and (b) funeral directors offer a wide range of services that are normally personalisable - it's a service, after all, and it doesn't get more personal than dying. Discuss your needs with them in good time as you would with any other service industry (the bank, the builder, the nail bar, the hotel...) and shop around in the same way for the best service.

What's this specifically got to do with being trans? Well, if you wish your funeral to be held for you in the gender you've accepted, which isn't the same as the official gender that was put on your birth certificate, then you need to make sure that fascist Uncle Tony or your ultrareligious sister can't force your corpse, name and funeral trappings back to that old gender that you've rejected. You can usually arrange your funeral how you like but you may need to make such wishes known via the relevant authorities and, ideally, appoint a person you trust to make your funeral arrangements.

Rather than going into a lot of detail here, I'd like instead to introduce the excellent Caitlyn Doughty who runs a funeral home in California and whose "Ask a Mortician" vlogs on YouTube are weird, humorous, yet very informative and who is very honest about the funeral industry and mortality. She's also clearly a trans ally (and has great hair). Her recent episode "Protecting Trans Bodies in Death" is recommended viewing for trans people like me who want to ensure we are respected and not misgendered or mistreated by, as she puts it, some "delightful bag of bigotry" at our funeral. Also, information on "living wills" and how the medical profession should treat gender when we are under their care. Thanks, Caitlyn, for your support, honesty and helpful information. Click the link below. 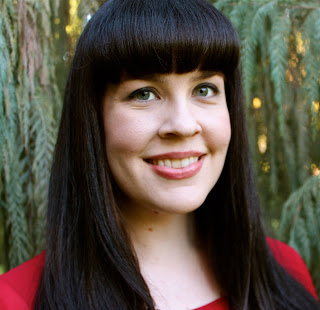