You know when you get a tune stuck in your head? ... That.

I have no idea how or why but the Twigwidge song we were made to learn as part of our musical development at school has been in my head all day. After how many years...??

Twigwidge was the "spirit of the chestnut tree" in the garden of some kids and his philosophy and activities were to be found in the BBC Radio for Schools "Time and Tune" radio series and accompanying booklet. Autumn terms were always the preserve of Twigwidge and at a given time once a week our teacher would tune in to the radio and we'd sing along...

Dear God! In the name of all that's demented, why?! The class 'band' of descant recorders would skirl and warble along to the tinny radio music, encouraged by impossibly happy grown-up presenters. If Hell has piped music, this number could well be in the Satanic Top 10. (Along with the Barney the Purple Dinosaur song that US special forces use to torture recalcitrants by incessant repeats at top volume.) There doesn't seem to be a recording of Twigwidge anywhere on the internet, so that's one lucky escape for you. (Let Barney soothe you instead.)

This was in England in autumn and I was at primary school; I am now in the Mediterranean and it's winter and I'm a lot, lot older. Why after all these years of peace does this moronic guff enter my mind? If that isn't a rhetorical question then I'll have to put my private brain care specialist on danger money.

You need not agree. Here's one who loved Twigwidge and you will get all the background to this cultural phenomenon here. Good luck! 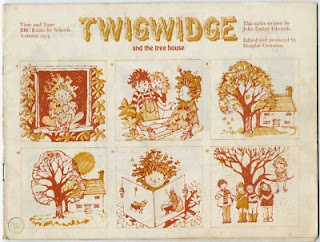 The point of this is not to sob into my reader's ear (well, it is a bit ... although you know my tongue is firmly in my cheek anyway) but, firstly, to say that I am preparing for the unique lockdown that will be affecting the town of Sanremo and its environs as it did last year. It's where they hold the annual national song festival, where all that's deemed great in contemporary music is belted out on stage and the winner has a local drain cover stamped with their name. You think I'm joking?

So if you sing like a drain, then go for it!

It's an huge event that provides 4-5 hours of prime-time telly all over the country each evening for a week. The Sanremo Festival was the inspiration for the Eurovision Song Contest and last year's winners, Måneskin, went on to win Eurovision, too. I wrote about them as they are gender flexible and are very pro-LGBT (More wins for gender fluidity - 2nd item). This event is therefore too big to be cancelled but, with the Covid pandemic ongoing, last year saw restricted movement in the city centre and it will be the same this year. We don't want  popstrels and TV executives to get nasty diseases, do we?

But the actual point of this post is to recall that Lady Gaga was all the rage when I first started going out and was playing everywhere, especially in the clubs and bars where we tended to hang out, so it's now impossible for me to associate any other music with my life as  TGirl about town. I was curious if anyone else has a musical link with their trans life?

PS To be fair, BBC Time and Tune produced good songs, too, on the theme of Canals, Flight and similar. It was Twigwidge I couldn't stand!