The second weekend of July sees the national transgender celebration, Sparkle, in Manchester and it attracts trans people and their families and friends from all over the British Isles and abroad.

It’s not possible to tell exactly how many people turn up but it’s well into four figures. I wouldn’t miss it for anything, and as this year was Sparkle’s tenth anniversary it promised to be extra special. I was also glad to see that there was a strong emphasis on the female to male side of things this time as we male to female do tend to dominate the community as a rule. It was also the last year than Bella Jay was organising it and all credit goes to her for her incredible work in making this brilliant weekend the success that it is. Thanks, Bella. And also thanks to Kim Angel who founded the event and got it going.

I had booked long before but I was worried about the state of my face, as explained in previous posts. So I only applied my makeup when I was definitely going to go out.

I started on Friday by meeting a friend who works in Manchester and we had coffee and cake in the café in the Manchester Art Gallery, a nice venue. I have spent most of my trips to Manchester meeting my friends around the Gay Village and have seen very little of the rest of the town so it was nice to do something cultural for a change and look at the paintings, including some of my favourites such as this one.

I went to Canal Street as other friends were beginning to turn up. I love just sitting out there in the sun with a drink, usually strawberry cider, and saying hello to people. Emma Walkey and wife, Zazoo and her pal David, Kerry Nope and Kat Roberts, Kay Denise … Joanne, she of the TGirl bar who was to be my room-mate, finally made it after almost the whole day on the road from Devon.

That evening Joanne and I smartened up and went to out for the to eat at Velvet. It’s a relaxed venue for decent food and the nine of us enjoyed it.

We went to the Molly House where there was a band playing but it was so packed that we could only just get in. Actually, it was more fun to chat on the stairs with friends like Gina and Priya. On to Napoleon’s briefly, which was heaving, and then a quieter time in Via but poor Joanne was dropping off after her long days travelling so we called it a night, pair of lightweights that we are.

On Sparkle Saturday I traditionally book lunch at Villaggio and in the past we’ve had 15-18 people come. Sadly not this year and only eight turned up, but it was an enjoyable lunch all the same and the restaurant treat us really nicely. Maybe next time it’ll be better to do it as a Saturday dinner as people these days seem too hung over or full of breakfast to want much lunch.

Nice to spot Wilhelmina from Hungary and Erin from Norway in the Canal Street crowd, as well as Lisa and Rebecca from the TGirl bar, Helen from closer to home, Emma Hudson and Mrs H, and Maria who was the first person I ever met at Sparkle, back in 2010.

Sparkle in the Park is the main event, with the usual stalls and live entertainment. This is where you bump into everyone, which is what it’s all about for me and is why I go. There's plenty more 'official' entertainment laid on, but I just like the excuse to catch up with people.

But this year, this effectively marked the end of the festivities for me as my face was so sore, raw and flaking that I couldn’t continue. As it was, I hadn’t been able to shave that morning and I had somehow managed to cover my stubble with enough makeup to hide it and the awful state of my skin. I went back to the hotel, removed my makeup and my trans holiday ended.

It was pretty devastating. My friends, though, are kind and supportive and did persuade me to join the girls for dinner in Chinatown that night, albeit as a guy. Fortunately, David, Zazoo’s friend was there so I didn’t feel entirely out of place. And the following afternoon I met KD and her wife as planned. Mrs KD has become a good friend and I did want to say hello again. She saw my male side for the first time, which felt really odd, but as I am not living as fulltime female, much as I might like to, I guess there’s honesty in letting real friends see both sides of me. But I did feel out of the festivities despite a really nice tea at the Richmond Tea Rooms. I bought a Sparkle cat to console myself. 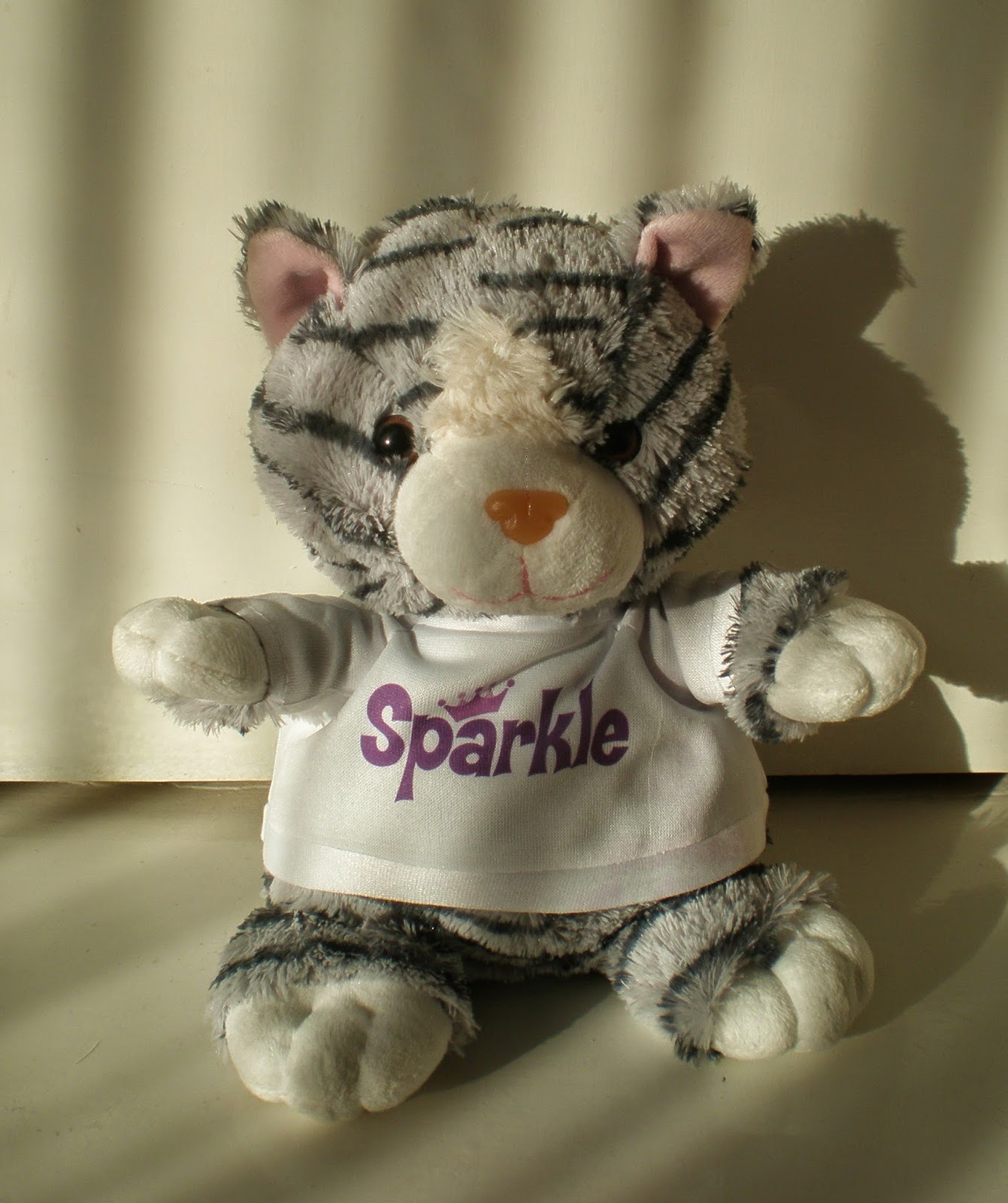 The World Cup final was on and although I never normally take an interest in football, I watched that in the evening as it seemed the best thing to do, while Joanne, looking fabulous in a lacy goth outfit, went and did the Sparkle thing.

So basically I managed a little bit of Sparkle this year and then had to give up. And I don’t know when I will next be able to get out en femme. It won't be for a long time.

That’s not the end of this blog, of course, as I am still trans and that doesn’t change. I have various overlooked events to write up and start the restaurant bit of the blog and there’s the general thoughts about being trans. But somehow, there won’t be many out-and-about events to report on for a while. But thank for reading this. Sparkle 2013 and 2012 were blogged in the July posts for those years. They're a bit of a contrast: