It's been a mixed week but I did enjoy an unexpected windfall! It's complicated, but basically a good client of mine overpaid me a lot on a job. Their own mistake. When I pointed this out and offered a refund they said that it was too much bother as it had all gone through their system so it was easier to let me keep it. I have earmarked this for that pair of custom-made knee-high real leather boots from Duo in Covent Garden http://www.duoboots.com/, where I hope to be measured up just as soon as I get out and about again (and lose a bit more weight so my calves are back to normal). It's something I've promised myself for years. Kind of this style, although I have seen similar ones in their store with an even narrower heel, which I'd prefer: 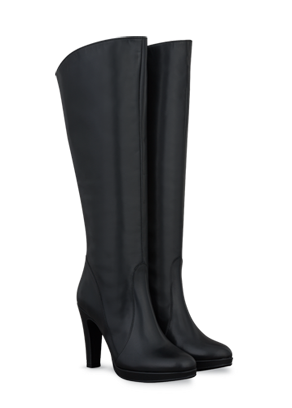 Today I had to go shopping - partly electronic necessities for work, and partly trousers in men's styles. It has been so hard going back to presenting as male in public these last 6 months after several years when it was just occasional. I am down to my last four men's shirts, two pairs of shoes and two pairs of trousers. I can't remember my men's sizes any more so I had to guess. The best I can do at the moment is dress androgynously with women's jeans and sweaters, but on some occasions you can't really get away with this, hence the need to 'top up' my masculine wardrobe. But, of course, going out into London's busy centre gave me a real ache and anguish as I saw all the women going about their business and feeling that it was wrong that I wasn't counted among them. This is one of the harder parts of being trans.

I have put up the first page of my guide to eating and drinking in London, which I will fill up more when time allows.

Having just had my 40,000th hit, and noticed that the timeline has reset itself to when this blog actually began (August 2011, not 2008 as it seemed to suggest for much of last year!), I've also tidied up the blogroll as some sites are now defunct (sadly).