I normally post on Thursdays now but I couldn't yesterday, being too disgusted at Putin starting a war in Europe. Who would have guessed that 30 years after the fall of the Soviet Union things would go like this? Like a dead wasp that can sting ages later. When I was a kid growing up in the Cold War this sort of scenario was what we were always prepared for. Listening to Putin's almost hallucinatory rants, you realise that here is no longer the pragmatic operator who knew how to play the long game but someone who has lost his mind and his emotions. God knows what he's capable of.

I'd remind my readers of Russia's lack of LGBT rights and the way in which LGBT people have been tortured in the back corners of Putin's state. Let me remind you of the brutality that has accompanied one Russian regime after another for centuries: Tsarist repressions, corruption, serfdom; Soviet genocides, gulags, forced labour, planned famines; Putin's political opponents in prison or poisoned abroad.

You don't want this. 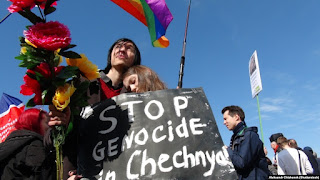 I was pleased to hear UK member of parliament Mhairi Black earlier this week condemning the Gender Recognition Certificate system that makes life so much harder for transitioners. And my local councillor who is a transwoman and won her seat specifically on a trans ticket has been speaking about improving rights in all sorts of areas of policy.

But I thought I'd mainly just share three random photos of me and my friends with members of the public in my days out in London, just showing how so many people you happen to meet are actually very happy to get to know us transwomen. The world is gradually coming to accept our reality. 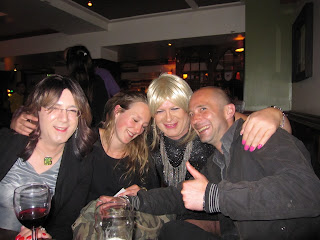 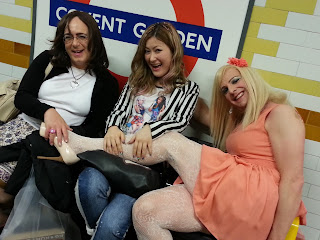 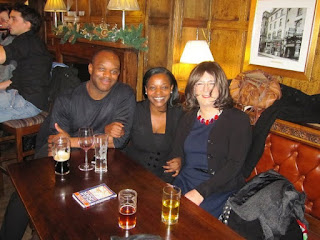