Which half of the woman?

The classic stage magician trick of sawing a woman in half is 100 years old this week and Britain's Magic Circle has a celebration that you can view online this coming Sunday. More info in this article: Sawing People in Half

I'd have thought the trick was older, but apparently not. When I was little we had a bookcase near the dining table that had all the odd-sized and unusual books that didn't seem to go anywhere else. One of these was Hopkins' Magic, a Victorian manual on stage illusions. It was fascinating and not a little creepy as men in top hats and moustachios did apparently dangerous stuff to becorseted ladies. Some of the more memorable pictures are below 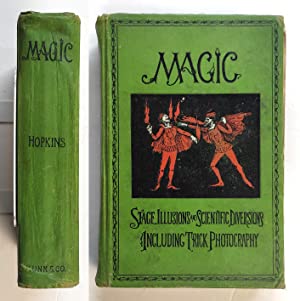 My mind is keen to see the coming Magic Circle show, but my legs have just walked out in protest!

This news did make me wonder, then as now, whether if you cut a trans person in half would you get one bit that's male and one bit that's female? The answer is, I think, no, despite the trans experience sometimes being presented that way. How male or female we feel fluctuates, as I've often said before; we experience an irregular tide of dysphoria. Whether you feel neither male nor female, or both at once, or only one gender, or mixed is something that varies between each of us, and varies for each one of us over time. My femininity is important to me, and when I present female I go the whole hog, as it were. Because of skin problems, I've had at times been unable to wear makeup, but presenting as a sort of androgynous person doesn't work for me in that it's not 'me'. When I have to present as male I do wear clothing sold in the women's departments, but I'm acting male and expecting to be taken as such. Frankly, being trans is messy. No neat divisions like Paul Daniels achieves on stage. For me it really has to be the whole Debbie McGee for me to feel 'right'. It'll be different for you.

By the way, nice costume. (Oh, this old thing!)

A hug to the suffering

I can't pass over the ongoing suffering occasioned by Covid-19 and if you are struggling in any way I am sending you a hug.

I am upset by the additional suffering caused to so many by bad governments and malign leaders. It takes quite an effort to be rid of these people. I wish there were easy answers.

Continuing the Victorian theme above, you may like this illustrated article on Victorian gender fluidity. 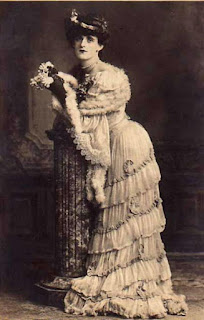 Email ThisBlogThis!Share to TwitterShare to FacebookShare to Pinterest
Labels: Being trans