The new and the ongoing

I hope 2021 is good for you. OK, I know the world is not functioning normally because of this pandemic so there's a lot of hope in that wish, but I think we all feel things are going to improve.

Stay safe, get vaccinated when available and don't listen to the ignorant. I've just read a novel* set around 1630 when plague devastated Europe. And how was it combated? By social distancing, by quarantine, by restricting travel and avoiding assemblies. Tried and tested methods. They didn't have such effective medicines or any vaccines, but we do, so get vaccinated. Any risks from a vaccine are far lower than the long-term, deadlier risks from this disease.

* I Promessi sposi (The Betrothed) by Alessandro Manzoni (1842), possibly the most famous novel written in Italian, set in the Duchy of Milan in 1628-30. It tells of wedding plans interrupted by the scheming of a local nobleman and what happened as a result. A beautiful story beautifully told.

I'm sticking with my New Year Resolution from 1997: I am a trans woman and every day I embrace my femininity in some tangible way. I dress as a woman, wear perfume, paint my nails, read women's magazines and chick lit, go out or online as Sue, decorate my home with flowers and pretty things, etc. Whatever the world says, or much of my body might suggest, I am a woman and I manifest it every day. I wrote about this resolution here: 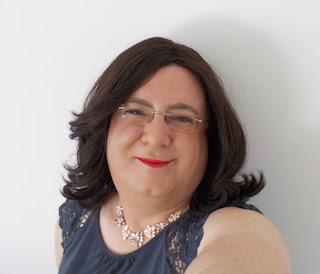 Last year, like a lot of people, I had far more time to write my blog and I see that increase continuing in 2021. In mid-2019 I did wonder if there was scope for an English language trans blog from someone who no longer lived in an English-speaking country. But there is a lot to talk about in terms of trans news and a lot that I have wanted to write about and have never managed to. In this 700th anniversary of Dante's death I might tackle the subject that is still painful even half a lifetime later, which is the religious pressures I had on my trans life as a young person. Not exactly a Divine Comedy, it has to be said.

And talking of great Italians, I am getting (indeed, have always had) some readers from Italian speaking countries and will be adding a paragraph in Italian at the end of my blog entries. I've been living in Italy for over two years now.

I thought I'd share a post from January 2012 by way of complete contrast with January 2021 when going out is difficult. Not dissimilar to my description of sales shopping with friends in my last post, this includes a trip to the cinema. This shows how comfortable I had become living life as a woman and doing normal stuff.

First outing of the year