Oh, but the children!

Given the success of Pride last weekend there was an annoying incident at the offices of the local LGBT group today. A stranger walked in and asked them to remove the rainbow flag that hangs from their window "because children might see it".

They asked him politely to leave and the police confirmed there was no problem. "Just keep flying your flag," they said.

I would hope that children would see it so that any who were questioning their gender or sexuality would know that there was help and community out there and they would have less of a scared, lonely and unresourced youth than my generation. And all children might get to know that LGBT people exist among them.

I always insist on an easter egg even though I'm supposed to be way too old for that sort of frivolity! In fact, this year I have two eggs! I'm saving one, but the other, being a posh egg, did have a pair of silver-plated earrings inside that are pretty little owls. Nice. 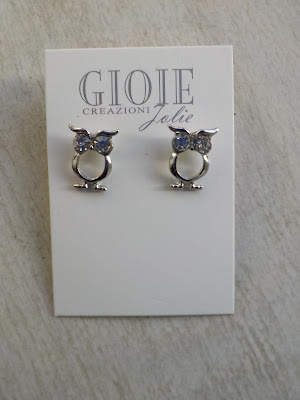 I was reminded that it was five years ago this week that I joined Gina in London as she was taking a few days' break there. We had a good day out in Greenwich. But I was so busy with work at the time that I wasn't able to write it up till the end of the year! But if you want to read about my encounter with R2D2, tall ships and astronomers, it's in the post here: Greenwich with Gina 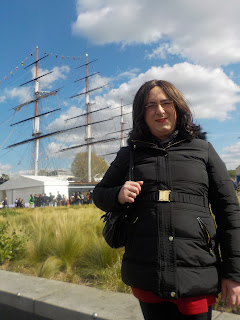