Now that it's December I'm going to write about Cinderella, that stalwart of the pantomime season. And not just about her. I saw a number of pantos as a kid, but when I was in my teens a family friend gave us tickets to La Scala, the temple of opera in Milan, and we saw a production of Rossini's Cinderella. Take out the supernatural elements of the fairytale, set it in the early nineteenth century, and you have a fun musical piece for stage. I'm no opera buff but I really enjoyed it. And when Cinderella appeared, veiled, at the Prince's ball wearing the most sumptuous full-length black dress, my mother noticed my delighted reaction. Oops, keep the gender interests strictly private there, kid.

I believe this recording is of that production. The dress seems much as I recall it.

Wow! Isn't every TGirl a little Cinderella, really? She has to fight for her right to take part in the social life of her country and be treated with respect. Frankly, I think we all merit a lovely dress for every big outing. Any fairy godmothers, please take note. (And Santa, too!)

I went to the La Scala theatre museum last week. I've always had a love of live theatre. I thought I'd share some photos of the special exhibition of the amazing costume dresses that were made for Franco Zeffirelli's productions in the 1960s to '80s.

Four dresses (four!) for the legendary Maria Callas for Rossini's The Turk in Italy. I'd like any one of these, but preferably all. I think the pink one is my favourite. 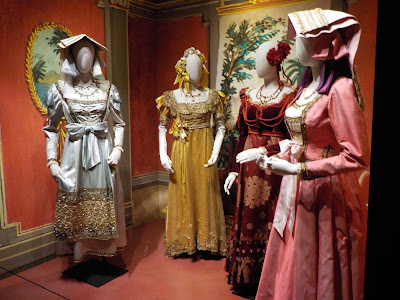 Sicilian peasant women's dresses for Mascagni's Cavalleria Rusticana. I'd be a peasant for one of these! 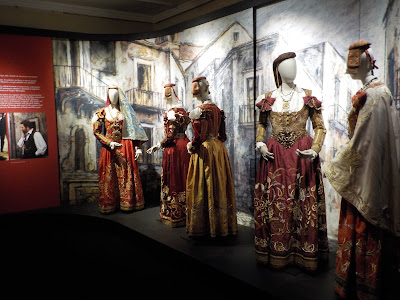 A much duller dress below, but it was made for Mirella Freni who played Mimì in Puccini's La Bohème, a role she made her own. 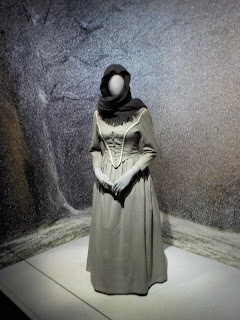 It's not opera without Verdi's Aïda! I'm sure any of these would be ideal for a trip round the supermarket. Probably made of Nile-on! (geddit??!!) 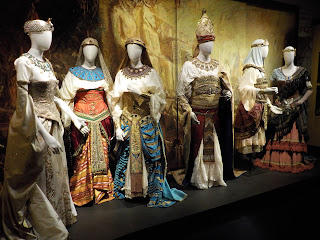 It's not all clothes, though. Here are crown jewels, all made of glass. 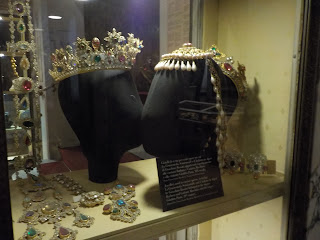 As for this spinet, the Latin inscription reads "Do not touch me with unpractised hands". In the light of my last post, I think we could all request the same! 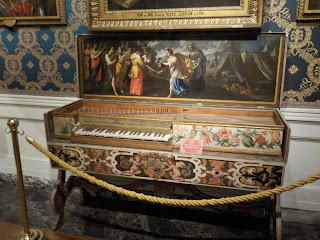 In the days before film and TV, quality live stagecraft could transport the audience with emotions of all kinds and present a spectacle of exquisite beauty, a feast for eyes and ears. There is something very immediate about the interaction of the actors, dancers or singers on a stage with their audience and with each other, and the audience's collective reactions, compared to the very studied shots and detachment of screen entertainment. Both have their place, but to appreciate how important live spectacle was to people before we had screens, the production I saw twenty or so years ago of The Mikado, using Gilbert and Sullivan's original production notes, with costumes, scenery and props that matched those of the first production, was the best thing I have ever seen on stage and really showed, through it's wonderful spectacle, how people used to be very well entertained when out for an evening. It worked for me: here I am twenty years later still talking about it!

Anyway, enjoy the frocks, and we'll talk about this pink item in my last post another time. It's had varied reactions so far ... 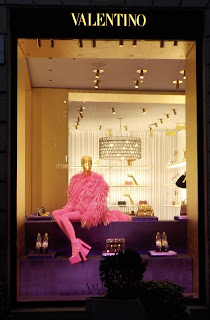