I've just come back from my first holiday in over three years. Not en femme but at least wearing my clothes off the women's racks. It wasn't my first androgynous holiday, by any means, but this method of dressing in women's clothes but presenting male keeps me connected with my femininity without causing social problems or making me fret about my skin that is still a little reactive to makeup after the years of severe eczema I suffered.

It went very well; I relaxed but saw a lot of interesting things, too.

I went to Toulon on the south coast of France. Since it's a working port I expected it would have only a certain amount of interest and I would use it as a base to explore Provence, a region I've never been to before. But it proved to be a fascinating and charming place that kept me well amused for three days.

I stayed at a pretty little hotel overlooking the sea: 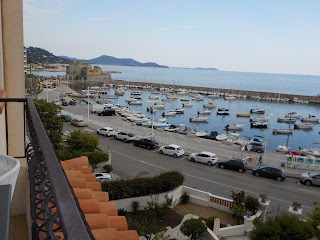 The main harbourfront is bustling with life and endless bars, cafés and restaurants. Although badly damaged in the war, the old city centre is full of charming quiet little squares with olive trees and fountains: 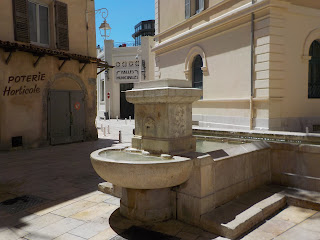 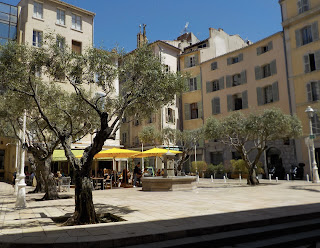 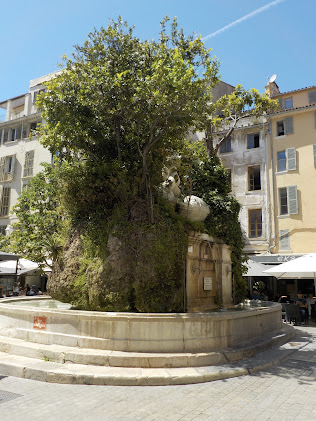 The most impressive thing, though, was the cable car that takes you up the mountain that rises above the city. The view from the top is stunning:

Also at the top is a memorial and museum of the battle for the city in 1944.

I enjoyed a boat tour of the harbour. Apart from old forts, mussel and fish farms, and huge ferries to the Mediterranean islands, most of the harbour is a major naval base for warships and submarines, including the Charles de Gaulle, which is Europe's only nuclear-powered aircraft carrier.

I did wonder if it was a good idea to stay in a naval base when the mad Russian government is threatening nuclear war! But I survived.

The city art gallery has some good paintings including this astonishing Cairo dancer by Eugène Giraud that stunned me by the way the painter has captured the sheen and translucence of her gauze blouse: 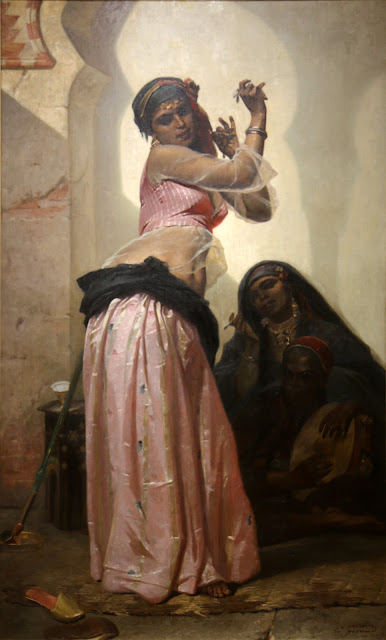 Best of all, though, is the naval museum with its beautiful models of ships. The most impressive have got to be these teaching models from the 18th century that were used for training officers. The one on the right is 1/10 scale and I estimate it's nearly 15 feet from the floor to the top of the mainmast. You could stand on the deck! 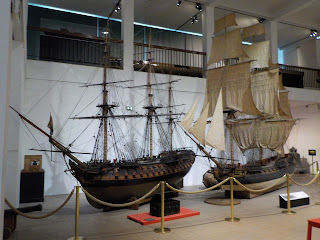 Even I who am not into macho stuff can appreciate the detail here, and the painstaking labour that went into making these.

I was glad to get away at last and go abroad if only for a few days. It gives a sense of normality in a world that has been anything but recently. And since it went well I hope to do a few more little trips this summer, in my soft feminine clothes of course.

Email ThisBlogThis!Share to TwitterShare to FacebookShare to Pinterest
Labels: Holidays