Coming out to groups

Last month I posted about how I came out (or didn't) to lovers (here), which proved popular. The other day a friend alerted me to a very different kind of coming out story, by a transwoman with a large social media following - nearly a million subscribers on YouTube.

I was unaware of Philosphy Tube before but it's been going for over seven years and exists to provide an introduction to the subject of philosophy by someone who wanted to share knowledge freely. I'm certainly all for sharing good thinking in defiance of today's enthusiasm for fake news, tweets and soundbites.

How would you come out as trans to such a vast audience? I know I'm not exactly helping sustain the surprise that Rhys Tees builds up to before the next presenter, Abigail Thorn, takes over, but as an example of how an internet celebrity might come out, this is very well thought through. I quibble slightly with the silly French accent given to René Descartes, maybe even the Flash Gordon-y music, but otherwise, top marks. It's long (35 mins), but spoke to me in many ways about being trans, the distress of living a lie, the happiness that acceptance brings ... and to hell with the reason for it all.

I wish Abigail every success and happiness. 145,000 likes to 6,300 dislikes for the video to date might be an indication that the trans information war is being won. But experience suggests that media stats can give a skewed picture, so let's be wise - philosophical even - about this.

The BBC also interviewed Abigail and the video accompanying the article is shorter and more emotional:

I think she should be a good advocate when such intense attacks are now being made against trans people in her country. This shorter video is also about her coming out but is much more political, a warning about the situation for trans people (and working people) in the United Kingdom (and explains so much as to why I left that place).

So, generally, how should one come out to groups of people? Obviously, people in the media have to think carefully as their public image necessarily changes. High-profile Elliot Page will, I assume, have had a PR team to help (not that that diminishes his bravery and honesty). But how should you go about it if you have less of a public profile but have to inform your work colleagues, your social or sports or fitness clubs, your religious or other organisations, your social media followers, etc., where you are known personally?

Do they need to know? If not, work on a "need to know" basis so, if you don't plan to appear as Brenda rather than Bob, I'd keep quiet. Information is power and not everyone will use that information to your benefit.

If you are transitioning or you intend to be your preferred gender in that context then, in a small team, it's best, in my opinion, to speak to each person individually about your transition or your being trans. People generally appreciate the personal touch and the confidence you place in them. Obviously, if the team or organisation is large then many I know have written a team email or got the boss/leader or personnel/membership team to do so. How you word it should include the personal touch, but don't put too much emphasis on how you've always been feeling or clichés about being in the wrong body. It's a formal environment and people don't like to read too much icky stuff about hormones or emotions.

DO NOT, as so many seem to do, include the line "I hope you will support me but if you don't then we don't need to speak again" or "you know where the delete button is". This introduces aggression and division when what you want is positivity. If at work, your employer should have policies against discrimination, not to mention employment law. If they don't, then you need a new job; get that first. You can therefore reasonably assume that others are required to comply with employment policy, including non-discrimination, as part of their contractual conditions and that should then result in a proper, professional approach to you during transition. Report any instances where it does not.

If it's a social group, church, etc. (and even some work contexts) then talking to a select group whom you think will support you can be a good first step before informing the whole organisation; then you have already got (we hope) a team of allies behind you. Maybe one day these strategies won't be necessary but we're still a long way from that yet. Similarly (with caution), the old battleaxe, the bolshie unionist, the pushy member, if they're an ally, will defend you in ways no-one else can!

Coming out to friends is a different matter. Don't send them all the same round-robin letter or email. Approach them separately and ideally face-to-face. After all, you're friends and they'd expect no less for something so personal. Oddly, we never seem to know exactly how friends will take the news of our being trans. It shouldn't change the nature of the friendship, but odd prejudices that we knew nothing of can emerge. More on my successes and failures in this area in my next post.

I hope these suggestions from my experience are of some help. Good luck to all the other Abigails out there. 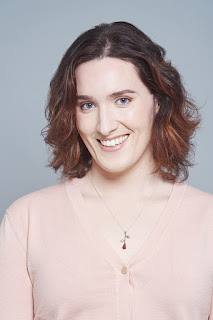 A thought or two about philosophy

Like many English speakers, Rhys Tees trips over the name of the French philosopher René Descartes (1596-1659). His surname is pronounced Day-Cart. As in his principal axiom that puts Day-Cart before Day-Horse. Da-boom, tish! 😛

I skirt around formal philosophy (Greek for "love of knowledge"), mainly as we are all, in a basic sense, philosophers of sorts (even if all we want to know is where Meghan Markle gets her shoes). No serious thinker has ever actually come up with the Answer (be it forty-two or otherwise), even great philosphers are too influenced by their life experiences and environment that limit a universal outlook, and too many people who try to follow end up only part-versed in logic and critical thinking and misapply so many principles, with the result that the world is full of false reasoning, very much a plague of this so-called information age. Maybe as one professional observer of Philosphy Tube suggests, the commodification of thinking and the high profile of the presenter, rather than the content, can be unhelpful, too.

My own publications have included my acclaimed translations of ancient philosophers such as Aristotle, Lucretius, Synesius... but I try to avoid any academic approach in this blog so as to make it accessible. Someone told me that my essay style reminds them of French philosopher Michel de Montaigne (1533-1592). That pleases me if it's true, though English essayist Charles Lamb (1775-1834) is more what I aim for.

I might delve into Philosophy Tube more. The presenter seems like an interesting and humane person, if a little theatrical.

This photo dates from this weekend ten years ago when I had organised a UK Angels lunch in London, at Salieri's restaurant in the Strand, which became a favourite venue over the years. I think this may have been the first time I arranged one of these big lunches, with about ten TGirls there. I feel I'm a bit of a work in progress here, but this was without a doubt the happiest time of my life.